US bombers and fighter escorts flew off the coast of North Korea in a show of force against its nuclear weapons program, escalating already sky-high tensions. The Pentagon says this was the furthest north of the Demilitarized Zone (DMZ) between the two Koreas that any US fighter or bomber has flown off North Korea's coast in this century. In response, North Korean foreign minister warned that a strike on US mainland was “inevitable”.

An anti-US rally at Kim Il Sung Square is seen in this September 23, 2017 photo released by North Korea's Korean Central News Agency (KCNA) in Pyongyang on September 24, 2017. Placards read (from left to right) "A global military power", "Be through with the US", "The US is evil's headquarters", "Old foe the US" (Photo: KCNA/via Reuters) North Korea's state-run television KRT aired a video on Sunday showing tens of thousands of people attending an anti-US rally at Kim Il Sung square in Pyongyang. The North's official KCNA news agency said more than 100,000 people gathered for the rally on Saturday and delivered speeches supporting comments made by Kim earlier in the week.

Click to Read: US Warplanes Fly off North Korea Coast in New Show of Force The Air Force B-1B Lancer bombers flown Saturday are based in Guam, and were accompanied by F-15C Eagle fighter escorts from Okinawa, Japan.

Just heard Foreign Minister of North Korea speak at U.N. If he echoes thoughts of Little Rocket Man, they won't be around much longer! 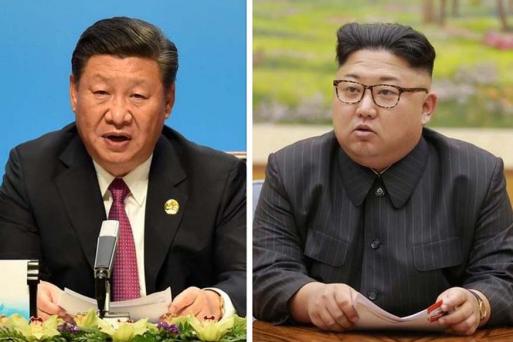 Chief Pentagon Spokesperson Dana W White said that North Korea's weapons program is a grave threat to the Asia-Pacific region and the entire international community. "We are prepared to use the full range of military capabilities to defend the US homeland and our allies," White said.

Chief Pentagon Spokesperson Dana W White said that North Korea's weapons program is a grave threat to the Asia-Pacific region and the entire international community. "We are prepared to use the full range of military capabilities to defend the US homeland and our allies," White said.

US President Donald Trump said on Twitter on Saturday North Korea's Foreign Minister Ri Yong Ho and leader Kim Jong Un "won't be around much longer" if Ri echoed the thoughts of "Little Rocket Man", an apparent reference to Kim. "Just heard Foreign Minister of North Korea speak at U.N. If he echoes thoughts of Little Rocket Man, they won't be around much longer!" Trump tweeted. 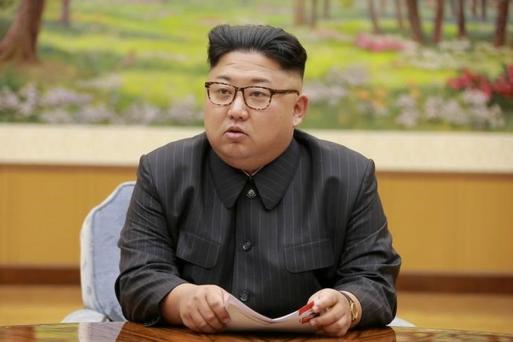 Ri said that North Korea has the know-how to carry out its threat. He said Pyongyang has a hydrogen bomb that that can fit on an intercontinental ballistic missile capable of reaching the U.S. On Friday, Ri said Korea was prepared to test a hydrogen bomb over the Pacific Ocean.

To prover the North's nuclear prowess, Ri said, "Through such a prolonged and arduous struggle, now we are finally only a few steps away from the final gate of completion of the state nuclear force...It is only a forlorn hope to consider any chance that the Democratic People's Republic of Korea (DPRK) would be shaken an inch or change its stance due to the harsher sanctions by the hostile forces".

President Donald Trump has threatened to "totally destroy" North Korea if the United States was forced to defend itself or its allies against a North Korean attack. That led the North Korean leader, Kim Jong Un, to say Trump would "pay dearly" for making such a threat. And Kim's foreign minister has said country's response to Trump "could be the most powerful detonation of an H-bomb in the Pacific".

American bombers and fighter escorts have flown to the farthest point north of the border between North and South Korea by any such US aircraft this century. The Pentagon says the mission in international airspace shows how seriously President Donald Trump takes what's being called North Korea's "reckless behavior." Officials also say the mission sends a message that Trump has "many military options to defeat any threat". The Pentagon says B-1B bombers from Guam and F-15 fighter escorts from Okinawa, Japan, have flown a mission in international airspace over the waters east of North Korea.