A man looks at a street monitor showing a news report about North Korea's missile launch, in Tokyo, Japan. (Reuters)

It was the nuclear-armed North's first ballistic test in more than two months and an initial Pentagon assessment said the ICBM flew about 1,000 kilometres (620 miles) before splashing down within Japan's maritime Economic Exclusion Zone.

Seoul: North Korea test-fired an intercontinental ballistic missile on Wednesday, in a major challenge to US President Donald Trump after he slapped fresh sanctions on Pyongyang and declared it a state sponsor of terrorism.

It was the nuclear-armed North's first ballistic test in more than two months and an initial Pentagon assessment said the ICBM flew about 1,000 kilometres (620 miles) before splashing down within Japan's maritime Economic Exclusion Zone.

At least one expert said its lofted trajectory suggested an actual range of 13,000 kilometres that would bring every city in the continental United States within range.

Trump, who has previously threatened North Korea with "fire and fury," was guarded in his immediate response, as the UN Security Council agreed to convene an emergency session to discuss the latest provocation.

"I will only tell you that we will take care of it," Trump said at the White House. "It is a situation that we will handle," he added, without elaborating. 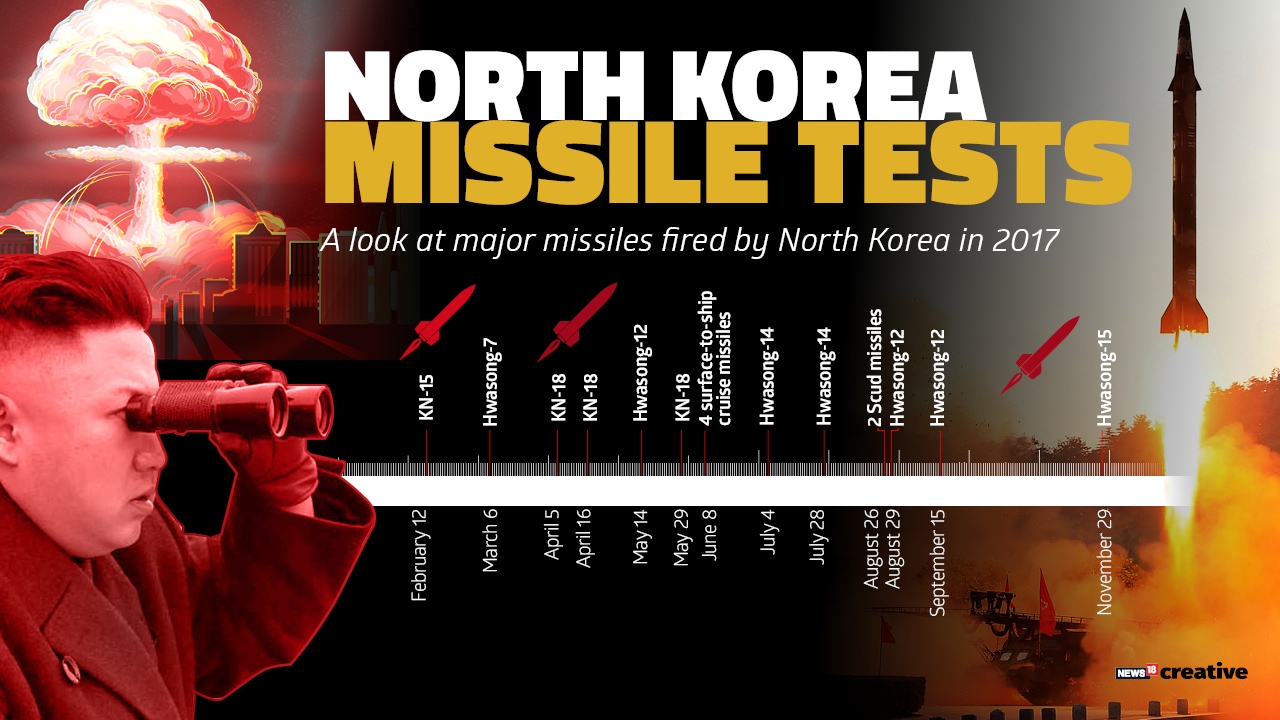 The South Korean military responded by staging a precision-strike missile exercise as it has done following previous North Korean tests.

Prior to Wednesday's launch, the North's last missile test was on September 15 and the subsequent pause had prompted some to speculate whether the North might be willing to embrace a negotiated solution to the nuclear standoff.

Trump insisted there would be no change to his administration's "maximum pressure campaign" which has sought to curb Pyongyang's nuclear weapons programme with tightened sanctions backed by dire warnings of massive retaliation in the event of an attack.

But his secretary of state, Rex Tillerson, also stressed that diplomatic options remained "viable and open."

It was the North's third successful ICBM test and David Wright, a co-director at the Union of Concerned Scientists, said the flight parameters pointed to a "significantly longer" range than previous launches.

"Such a missile would have more than enough range to reach Washington DC, and in fact any part of the continental United States," he said.

While Pyongyang has yet to prove its mastery of the re-entry technology required to bring a warhead back through the Earth's atmosphere, experts say it is on the threshold of developing a working nuclear strike capability against US cities.

Tensions over the North's weapons programme peaked after Pyongyang conducted its sixth and most powerful nuclear test in September and then fired an intermediate-range missile over Japan.

US Defense Secretary Jim Mattis said Wednesday's test went higher than ever before and was a step toward North Korea building missiles that can "threaten everywhere in the world, basically."

There was no immediate reaction from China, the North's sole ally and economic lifeline, which has come under repeated US pressure to do more to rein in Pyongyang's nuclear ambitions.

China has pushed for a "dual-track approach" to the crisis which would see the United States freeze its military drills in South Korea while North Korea would halt its weapons programmes.

President Trump also declared North Korea a state sponsor of terrorism, a spot on a US blacklist the country had shed nearly a decade ago.

But the North remained defiant, vowing to continue building up its nuclear force and warning that sanctions would never succeed.

Drumming up support for a tough stance against North Korea's nuclear weapons ambitions was the main focus of a marathon Asian tour undertaken by Trump earlier this month.

Trump and Abe, who enjoy a close relationship, spoke by phone after Wednesday's ICBM test and, according to a White House statement, agreed that repeated provocations by leader Kim Jong-Un's regime were "undermining" North Korea's own security and "further isolating it from the international community".

Trump's relations with his South Korean counterpart Moon, whom he has accused of appeasing Pyongyang, are far cooler, and there are concerns in Seoul that the US president might be considering military action against the North that could trigger a full-scale war.

"The situation could get out of control," Moon warned during a hastily convened meeting with national security officials on Wednesday.

"We have to prevent such a scenario where the North may miscalculate the situation and threaten us with nuclear weapons, or the US may consider a pre-emptive strike," Moon said.

Seoul is home to 10 million people and only about 50 kilometres (30 miles) from the border — well within the range of Pyongyang's artillery.

One study by the Nautilus think-tank in California estimated around 65,000 civilians would die in Seoul alone on the first day of a conventional North Korean attack