In an exclusive interview, the Sri Lankan PM asserted that Tamil people want prosperity and peace, not a separate homeland, and asked Tamil politicians to realise that a separate state is just not feasible.

Elected to Sri Lankan Parliament as the youngest MP at 24 in 1970, Rajapaksa has been the President of Sri Lanka twice and the Prime Minister on three occasions. He was also a leading, young voice of the opposition during JR Jeyawardene and Ranasinghe Premadasa’s tenure from 1977 to 1993.

Credited with ending the 30-year-long brutal Tamil Eelam war (LTTE) for a separate homeland in 2009 and speeding up economic development of the island nation during his previous tenure, Rajapaksa is now serving his third term as the Prime Minister along with his younger brother Gotabaya as the President.

In this freewheeling chat, Rajapaksa maintained that Sri Lanka wants to maintain good relations with both India and China as the two countries find themselves involved in another border standoff.

Asserting that Tamil people want prosperity and peace, not a separate homeland, he asked the Tamil politicians to realise that a separate state is just not feasible, and also declared that he would never allow terrorism, be it Tamil or Islamic.

Here’s the full text of the conversation:

Q. You have completed 50 years in active politics, in public life. You are the most senior leader in the SAARC, who is still leading a nation. How do you look back at all these years in public life?

Ans. It has certainly been a very eventful 50 years. During this entire period, we have had peace only in intervals. Less than a year after I was elected to Parliament in May 1970, Sri Lanka was ravaged by the first insurgency of the Janatha Vimukthi Peramuna. When I became President in November 2005, the biggest challenge that I faced was the separatist terrorism of the LTTE. We have faced challenges and we have been able to overcome them together. Looking back, I am grateful that I was able to fulfil 50 years in politics, in service to my people.

Q. As the President between 2005 and 2015, you destroyed LTTE and restored peace. Do you think it was the toughest job you handled in the 50 years?

Ans. That would have been a difficult task for any leader. I was blessed to inherit an experienced and gifted team in the leadership of the Army, Navy, Air Force and Police, along with the best Intelligence service a President could ask for. Management of the forces was paramount, and I knew of only one man I could trust that service to, my younger brother. In fact, Gotabaya as defense secretary was the first appointment I made as President in 2005.

For all of us who were involved in the war, it will no doubt remain one of our greatest achievements and it was my privilege to give them that political leadership and protection to execute that victory. After all, the LTTE as a terrorist organisation had been given the highest rankings in the world by the FBI.

Ans. When the election results were announced, I wasted no time in putting my affairs in order and leaving straight to our family home in Weeraketiya to enjoy my retirement. The people, however, made a statement asking me to return and lead them once more. As I looked around and saw how the supposed political leadership of Sri Lanka was crumbling with the harassment of intelligence officers and the persecution of public servants under my tenure, I realised my job was not done yet. The job of grooming the next generation of leaders was in my hands as a father of this nation. I asked the then-present government to be accountable for their actions and leading by example, hopefully set a precedent for future MP’s to lead in integrity and honesty.

Q. You have seen SAARC from its inception in 1985. Do you think it is still relevant?

Ans. Regional cooperation is all important. It is an absolute necessity. It’s what enables us to remain strong. The SAARC may not be functioning as it should due to issues between member states. Problems exist, but we have to keep lines of communication open and cooperation has to take place between regional players.

Q. Sri Lanka has emerged as a top global tourist destination under your regime. Coronavirus seems to have hit tourism hard. What is the way out?

Ans. Although the tourism industry has been affected worldwide, we have had it slightly worse with the Easter tragedy from last year still having an effect on the industry. In the short term, we are looking at ensuring that the livelihoods of those engaged in the industry, are preserved until it is able to resume normalcy. There are suggestions that local tourism could keep the hotel industry going in the short term and that is being looked into.

Q. Currently your younger brother Mr. Gotabaya Rajapaksa is the President. You are the Prime Minister. There are conflicting reports about how you are going to define this arrangement in future. Are you for return to Parliamentary democracy and a ceremonial President?

Ans. Any Constitutional change will have to be discussed after the new Parliament meets. I think everybody universally accepts that we cannot continue with the 19th Amendment and the present Constitution as it is.

Q. What has gone right and wrong with India in the last 50 years and how do you see the India–Lanka relationship?

Ans. There have been ups and downs in the bilateral relations between India and Sri Lanka. Whenever the relationship deteriorated as in the 1980s and in 2014, both countries have suffered. Between 1948 and 1980, India-Lanka relations were on a good footing. I think we have now once again gone back to that previous era when there was a strong relationship between our nations. This should be continued under all governments on both sides. 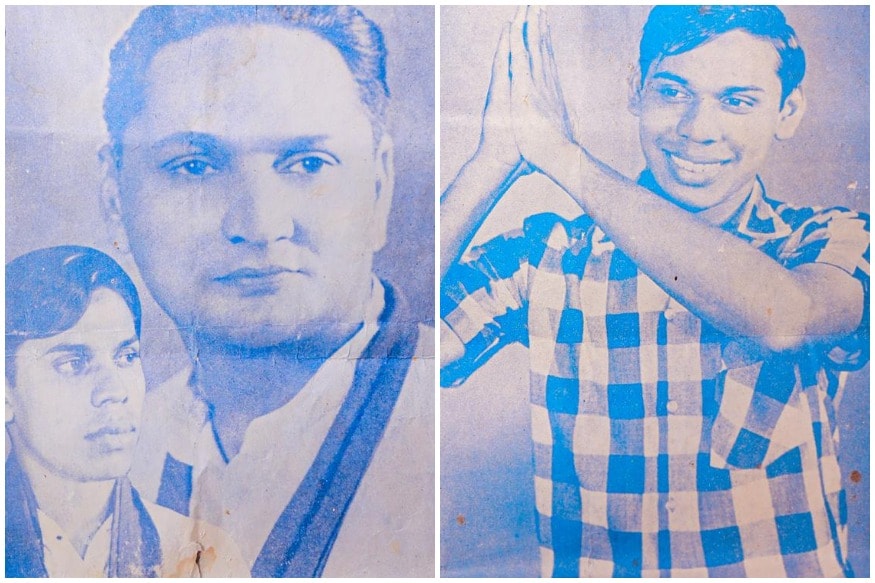 Mahinda Rajapaksa in his young days. He was elected to Sri Lankan Parliament as the youngest MP at 24 in 1970.

Q. When you look back at your political career, who all do you remember…those who mentored you and those who challenged you?

Ans. From the beginning, it was my mother who encouraged me to get into politics. I am forever grateful for her urging that has shaped my life.

Then it was Mrs. Sirimavo Bandaranaike who provided me with the opportunity to serve my country by giving me nominations to contest the 1970 General Election. These were the defining leaders in my life who molded me into the person I am today.

Q. Do you think that Tamil issue is settled?

Ans. Before I go into this answer, it is important to note that the issues the Tamil people have in Sri Lanka are very different to the issues that the Tamil politicians have. It has been my joy to serve the people and avail them of opportunities and luxuries denied to them previously with projects and development to help with the reconciliation process.

Ans. However, with the politicians, the road has been long and hard. Tamil politics in this country has for too long been dominated by the idea of carving out a separate Tamil state in in the north and east of Sri Lanka or at the very least obtaining devolution of power to an extent bordering on a separate state. This is not a practical proposition. Most Tamils live outside the North and East. In the East, the Tamils are a minority. The majority of the population of the Colombo city are Tamils and Muslims.

The population of Sri Lanka is mixed so beautifully that a separate Tamil state is just not feasible. The Tamil politicians should take note of these ground realities and adjust accordingly.

Q. Islamist terrorism is raising its ugly head in Sri Lanka. Even the ISIS has entered the stage. How do you deal with it?

Ans. It is certainly a very serious issue. The previous government was not able to control it as was evident last year. If they had continued in power, India and neighbouring countries off the Bay of Bengal would have been at risk. The Easter Sunday bombings in Sri Lanka was the biggest attack by ISIS on a civilian target anywhere in Asia and probably the world. All the suicide bombers were educated and wealthy Sri Lankans. The government at the time had all the information necessary to stop the events that took place.

However, as it stands right now we have it under control, as we have once again strengthened our intelligence network. We also understand the importance of working together with the intelligence network worldwide by sharing information and cooperating with our foreign intelligence counterparts. Radical extremism is something that I will not allow and will address it at every turn.

Q. Coming to Sri Lanka’s ties with China, do you think you will have to change the arrangement in the post coronavirus-world?

Ans. Sri Lanka follows a non-aligned foreign policy with all nations. Both India and China are valued friends. Shri Jawaharlal Nehru and Premier Zhou Enlai of China formulated the Pancha Shila doctrine of respect for each other's territorial integrity and sovereignty, non-aggression, non-interference in each other's internal affairs, equality and peaceful co-existence. Those are the principles we, too, have adopted and will continue to foster in the coming years.

Q. What are the best and the worst moments of your life in the last 50 years? Something you always cherish and something you want to forget.

Ans. My best moment, easily, was when we ended a 30-year-war that was deemed terminal and unending. Never again would we as a nation lose another one of our children to terrorism. Never again would blood be senselessly spilled under war. Instead, an era of peace, harmony and growth to hope and look forward to. What more can I ask for?

My worst and most painful experience which I would strive to forget, is the manner in which myself and all those associated with me were treated between 2015 and 2019. I don’t believe any political leader and democratic opposition had to face such vicious and systematic persecution and vilification in post-independence history.

MPs, government officials and even members of the business community who stood by me were hauled in for questioning by the then government and some imprisoned on flimsy excuses. Even my son Yoshita, who is in the navy as an officer and had nothing to do with politics, was among those imprisoned in that manner. MPs who supported me were deprived of their party positions for standing by me. Gotabaya was also specifically targeted and harassed.

It was painful and sad because when I was in power from 2005 to 2015, I never persecuted or harassed the democratic opposition. We did not waste our time doing that. We were busy winning a war, developing the country, making Sri Lanka self-sustainable, strengthening the agricultural sector, constructing roads and laying a platform for a powerful future.