Trump Incapable of Taking the Job Seriously, Says Obama as He Warns Against Complacency Over Biden Poll Lead

While Biden has been keeping a low profile over the past few days, Trump is seeking to recapture the enthusiasm of four years ago with daily rallies in battleground states.

Former US president Barack Obama excoriated Donald Trump and warned on Wednesday against complacency despite favorable opinion polls during his first public rally in support of Democratic challenger Joe Biden ahead of the November 3 election.

At the drive-in rally in Philadelphia, Pennsylvania, one of a handful of battleground states expected to decide the election, Obama lashed out at Trump's behavior and declared him "incapable of taking the job seriously."

But he also issued a stark reminder of 2016, when opinion polls showed Hillary Clinton as the clear favorite -- only for her and her supporters to be shocked by a Trump victory on election day. "We can't be complacent. I don't care about the polls," the former two-term president told the rally outside a baseball stadium. 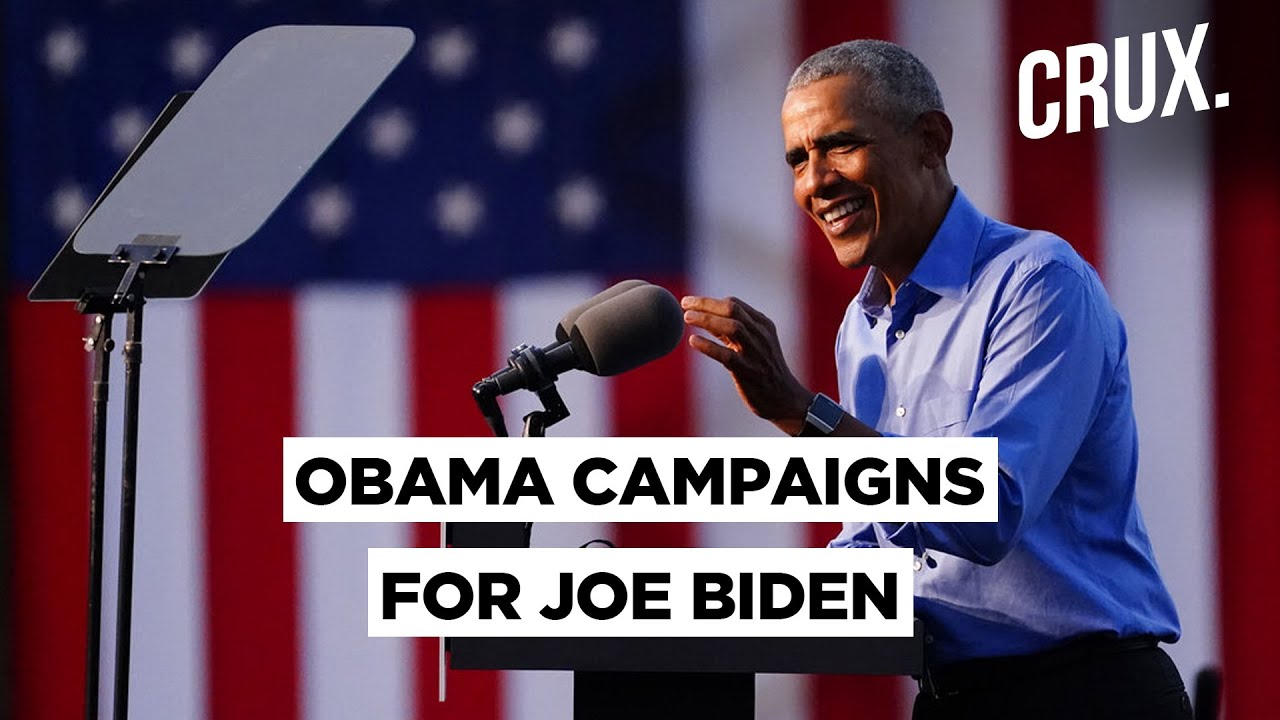 He told supporters that too much was at stake to have four more years of Trump leading the nation, seeking to contrast his successor -- a real estate mogul and ex-reality TV star -- with his former vice president. "This is not a reality show. This is reality," Obama said.

"And the rest of us have had to live with the consequences of him proving himself incapable of taking the job seriously."

He pointed to Trump's running roughshod over previous norms, including his retweets of conspiracy theories, and accused him of mishandling the US response to the coronavirus

"Our democracy's not going to work if the people who are supposed to be our leaders lie every day and just make things up," he said. "And we just become numb to it."

Earlier, at a roundtable with Black community organizers in Philadelphia, he said "the pandemic would have been tough for any president, we haven't seen something like this for 100 years."

has killed over 220,000 people in the US and seriously wounded the world's largest economy, prompting fierce criticism of the president's handling of the crisis. "We can't afford another four years of this," he added.

While Obama is in Pennsylvania, Trump is visiting North Carolina, another of the battleground states.

A Quinnipiac University poll of likely voters released on Wednesday gave Biden a 51-43 lead in Pennsylvania, which Trump won by a narrow margin in 2016.

Trump is trailing Biden in the national polls and another Quinnipiac poll spelled potential trouble for his reelection hopes.

The poll had the Democratic and Republican presidential candidates in a 47-47 dead heat in Texas, a state which Trump won by nine points four years ago and which hasn't voted for a Democrat since Jimmy Carter in 1976.

Biden, 77, had no public events on his schedule on Wednesday for the third day in a row, leading the 74-year-old Trump to accuse his Democratic opponent of going "into hiding."

The Biden campaign said he was preparing for the second and final debate against Trump in Nashville, Tennessee, on Thursday.

Obama remained on the sidelines during the Democratic presidential primaries but he threw his support behind Biden after he won the party nomination.

The Biden campaign is hoping the star power of America's first Black president will help boost turnout among young voters and African Americans, who are key to Democratic hopes of recapturing the White House.

African Americans voted in record numbers for Obama in 2008 and 2012 but their participation dropped off in 2016, a contributing factor to Trump's victory over Clinton.

Trump has spent much of his first term in office seeking to erase the legacy of his predecessor but Obama doesn't view the election as a "personal grudge match with Trump," Obama's former chief strategist David Axelrod said. "He views it as an existential matter for the country and for democracy," Axelrod told CNN.

While Biden has been keeping a low profile over the past few days, Trump is seeking to recapture the enthusiasm of four years ago with daily rallies in battleground states.

Trump's message has included telling Americans that the coronavirus

outbreak is practically over and attacks on the business dealings of Biden's son, Hunter, while his father was vice president.

Democratic vice presidential nominee Kamala Harris responded to the attacks on Hunter Biden on Wednesday at an early vote mobilization event in North Carolina. "One of the things I love about Joe Biden -— he doesn't take on or talk about other people's kids," Harris said.

Trump held an outdoors campaign rally in Erie, Pennsylvania, on Tuesday and was holding an event on Wednesday in Gastonia, North Carolina. First Lady Melania Trump had been scheduled to join her husband in Erie but -- in a reminder of the pandemic which has cast a shadow over his presidency -- she cancelled at the last minute, complaining of a "lingering cough" following her own bout with the virus.

More than 40 million Americans have already voted, according to the US Elections Project of the University of Florida, nearly 30 percent of the total turnout in 2016.