Katharine Hayhoe says that human choices now and in the future will determine the pace and cost of adapting to new conditions.

Dermot Cole
Share this:
This story/interview originally appeared in the Arctic Today. It is republished here as part of News18.com's partnership with Covering Climate Now, a global collaboration of more 250 media organisations to strengthen coverage of the climate story. 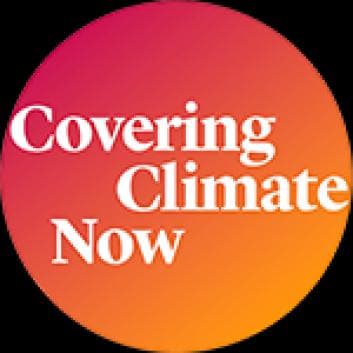 Covering Climate Now on News18.com
Katharine Hayhoe often encounters people in the U.S. and Canada who still regard climate change as an issue best left for the distant future.

Hayhoe, a Canadian and director of the Climate Science Center at Texas Tech University, said she found a different attitude among people in Alaska.

“Alaskans can offer a master class in the indicators of a changing climate they’ve witnessed with their own eyes,” she said on Twitter, following a speech to nearly 400 people at the University of Alaska Fairbanks.

In an exchange that featured audience members responding with messages on their phones, she learned that occasional periods of rain in the winter and an increase in summer smoke from wildfires are high on the list of the most obvious climate changes in Fairbanks.

And those specifics, along with a dozen or so others that are familiar to Alaskans, are more important than any accumulation of facts and figures.

Listening to Hayhoe speak and interact with a variety of audiences as she did on her Alaska tour, it’s easy to see why she is renowned as an expert in blending the science of climate research and the art of communication.

She was the lead author of the fourth National Climate Assessment, the work of 13 agencies from the U.S. government and 350 scientists.

In a paper published last year, Hayhoe and a colleague wrote about the importance of the Arctic and how the disappearance of the sea ice could lead to massive development of fossil fuel resources, which would mean “the absolute and utter failure of the Paris Agreement.”

The Arctic is really a key to the future, she said.

But she is not at all someone who focuses on gloom and doom. She said she believes that human choices now and in the future will determine the pace and cost of adapting to new conditions.

We can focus on solutions and ways in which people and society can become more resilient.

Hayhoe’s presentation made a forceful argument that the most important things all of us can do about climate change is to start talking about it with those we love and those we meet.

“You do not have to become an expert in the climate science,” she said.
She said that people talk about what matters to them and are not likely to care or act on issues that aren’t important enough to talk about.

“If we do not have these conversations, how do we expect the world to change?”

Hayhoe also gave a TED talk last year about this idea and has found receptive audiences in many places for a message that coping with climate change begins with family, friends, neighbors and communities.

“One of the most common and frequent questions I get is, ‘I’m just one person; what difference can I make?’” she said. “We’re starting to see that people can make a difference.”

The changes in people’s lives and in the natural environment, which have become obvious in the Arctic, can open the way for an understanding that surpasses the statistics about temperature records, melting sea ice and vanishing permafrost.

As she wrote in an essay in April, “Climate has never changed this fast and, because of that, we’ve become complacent. We’ve delineated outdated flood zones based on how rain used to fall; we’ve parceled out and over-allocated our arable land and water resources; and we’ve built nearly two thirds of the world’s biggest cities within just a meter or so of sea level, which today is rising at nearly twice the rate of only 25 years ago.”

She said that all of us need to talk about why climate change matters to us in the places where we live, thinking about everything from the air we breathe to the food we eat.
If we do that, we will find a way to get past the political polarization linked to the phrase “climate change.”

It is a way to “move directly to the things that matter to all of us in our hearts,” she said.
Share this: