A rare white albino alligator is seen during a photocall at the 'Serengeti' Safari park in the northern German village of Hodenhagen. The 14 year-old albino alligator (Alligator mississppiensis) named 'White Diamond' was born in Louisiana in the US and grew up at the St. Augustin-Alligator Farm in Florida. The only albino alligator in Europe, according to the organizer, is part of a traveling reptile show 'Land der Reptilien' running at the Serengeti Safari park until April 27, 2008. (Image: Reuters) Albino gorilla 'Copito de Nieve' (Snow Flake) the only one known in the world, sits inside his cage in Barcelona zoo. Copito de Nieve was diagnosed as having skin cancer and vets think he has only two or three months to live. (Image: Reuters)

A rare albino dolphin swims with a companion off the South Australian coast in what is believed to be the first ever photo of an albino in Australian waters in March 1994. Researchers at James Cook University said that its a one in a million chance to get an albino in any species, so to find one and get a photograph is extremely rare. (Image: Reuters)

One of the two one-year-old albino alligator is seen in a vivarium at the Tropical aquarium in Paris. The two alligators are the result of a captive breeding program which protect endangered species and will presented to the public in a vivarium. (Image: Reuters)

A rare albino axolotl, a type of salamander that uniquely spends its whole life in its larval form, crawls inside an aquarium at Aquaria KLCC in Kuala Lumpur. New surveys by scientists in 2009 suggest that only between 700 and 1,200 Mexican axolotls are left in the wild, in the Xochimilco area of the Mexican Central Valley. (Image: Reuters) 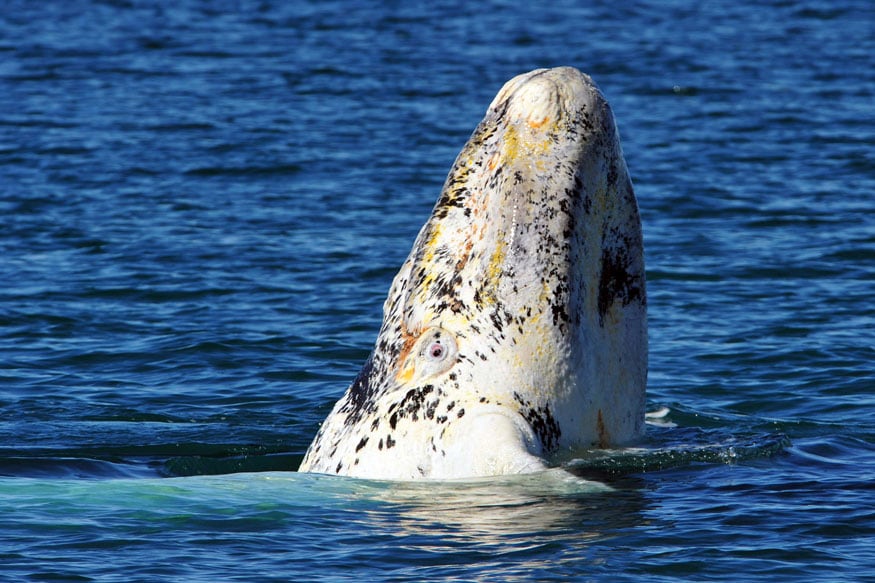 An albino baby turtle swims with green sea babies turtle in a pond at Khram island, about 30 km (19 miles) from Pattaya, east of Bangkok. Special care is given to around 15,000 green and hawksbill baby turtles hatched and housed at the navy's conservation center each year. Once the baby turtles' shells are big and strong enough to protect them from various predators at about six-months-old the young turtles are released to the sea. (Image: Reuters) 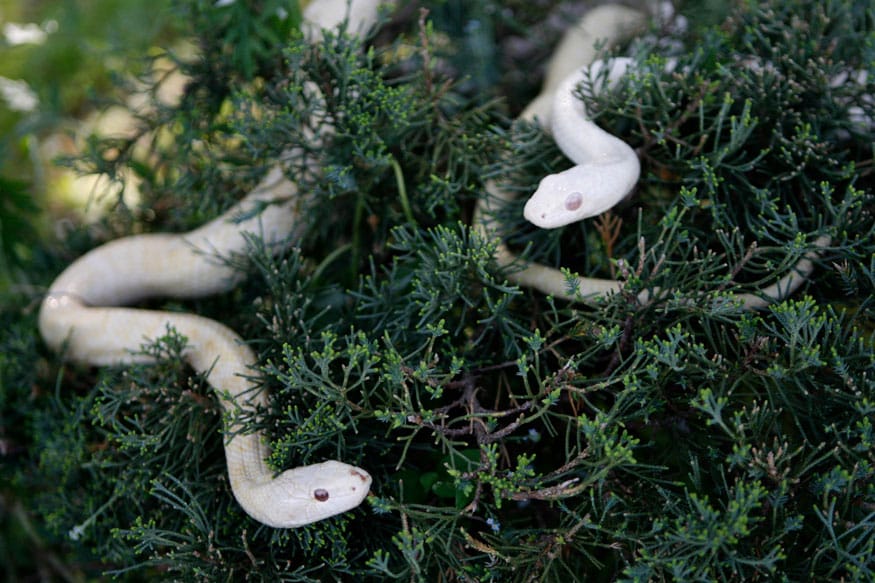 A rare 5-year-old female albino orangutan is seen after it was rescued from captivity by authorities in Kapuas Hulu district, Central Kalimantan province, Indonesia. (Image: Reuters)

An albino baby Bennett's wallaby is carried by his mother in their enclosure at the zoo in Duisburg. (Image: Reuters) A Colombian albino Peacock opens his plumage at the Botanic Garden in Bogota. (Image: Reuters) A newly born albino red-necked wallaby joey is being carried by its mother in their enclosure at the zoo in Decin, Czech Republic. (Image: Reuters)