Visitors are seen by their reflections as they pose on Argentine artist Leonardo Erlich's optical illusion installation "Dalston House" in east London. The artwork, commissioned by the Barbican Gallery, uses mirrors to create the impression of a house on which people can play and pose for visual effect. (Image: Reuters) 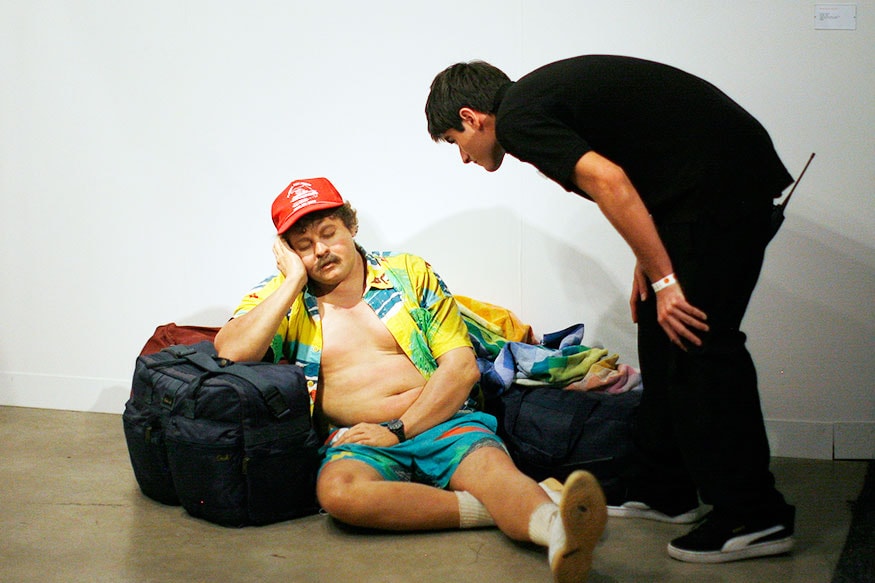 An art installation by Brazilian artist Eduardo Srur is seen on the Cidade Jardim bridge next to the Pinheiros river, one of the two waterways that flow through the middle of Sao Paulo. The art installation was created by Srur to urge people not to pollute rivers. (Image: Reuters) 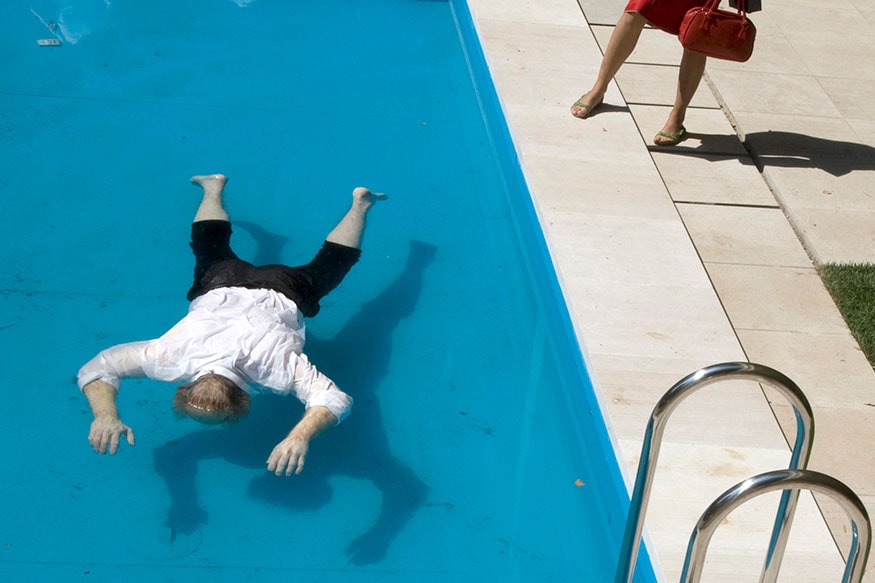 A visitor views an installation at the Danish and the Nordic pavilion during the vernissage of the 53rd Biennale International Art Exhibition in Venice. (Image: Reuters) A three dimensional exhibit made from aluminum, silicone, pigment and hair by Canadian artist Evan Penny of Toronto is among a selection of more than 200 leading art galleries from around the world during Art Basel Miami Beach at the Miami Beach Convention Center. (Image: Reuters) A visitor passes behind the sculpture 'Puma-Dentist' made with plastic, wax and original heads of a puma and a hind by Austrian artist Deborah Sengl during an exhibition at the art gallery Deschler in Berlin. (Image: Reuters) 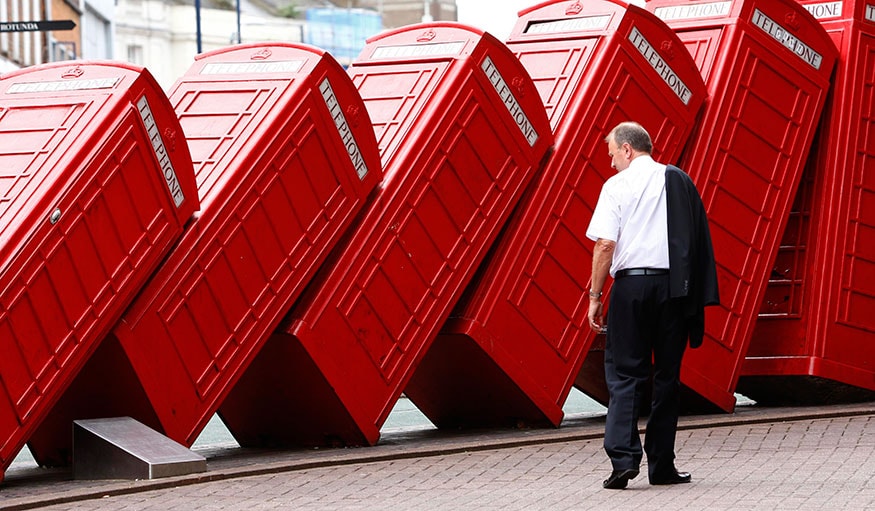 A piece by artist David Mach and entitled 'Out of Order' shows a row of traditional English red phone boxes in Kingston, south of London. (Image: Reuters) Gallery workers sit next to "Teoria" by Eduardo Basualdo at the Frame Gallery's stand at the Frieze Art Fair in central London. (Image: Reuters) 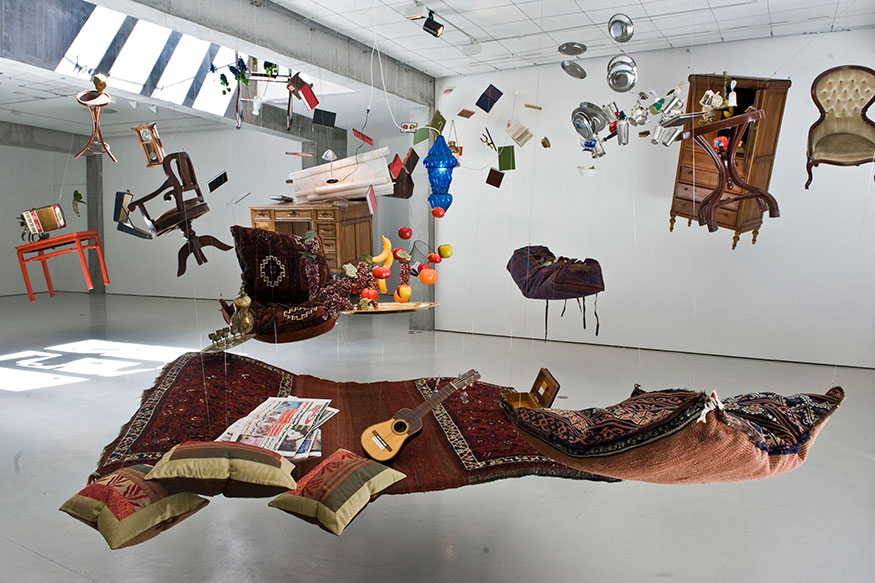 A work by Spanish artist Pamen Pereira is displayed during the exhibition "This is a love story" at a culture centre in Burgos. (Image: Reuters) 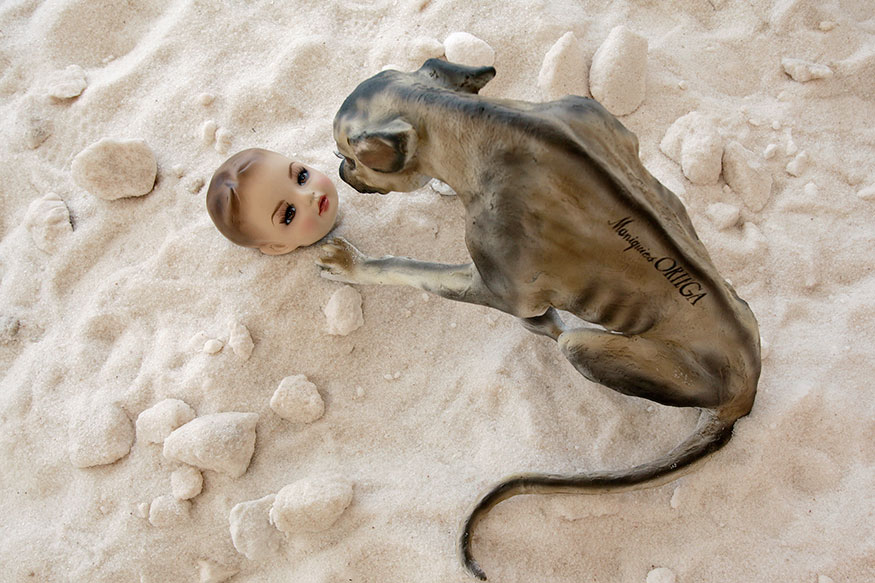 A sculpture of a dog is displayed in an exhibition called "Pinta canes" (Painted dogs) in La Pintana neighborhood on the outskirts of Santiago. (Image: Reuters) A woman approaches an artwork called "Big Chook", made of fibreglass and high gloss epoxy marine paint, on Tamarama Beach. Australian artist Jeremy Parnell says people frying themselves on the beach for a suntan inspired his piece which joins 100 artworks contributed by international and Australian artists at the annual outdoor Sculpture by the Sea exhibition. (Image: Reuters) Pedestrians and workers pass an upside-down car art installation in a car park on the South Bank in London. British artist Alex Chinneck's illusory piece, entitled "Pick yourself up and pull yourself together", and on display in the working car park for a week, sees a Vauxhall car suspended upside down, appearing to be gripping onto a peeled back length of tarmac. (Image: Reuters) 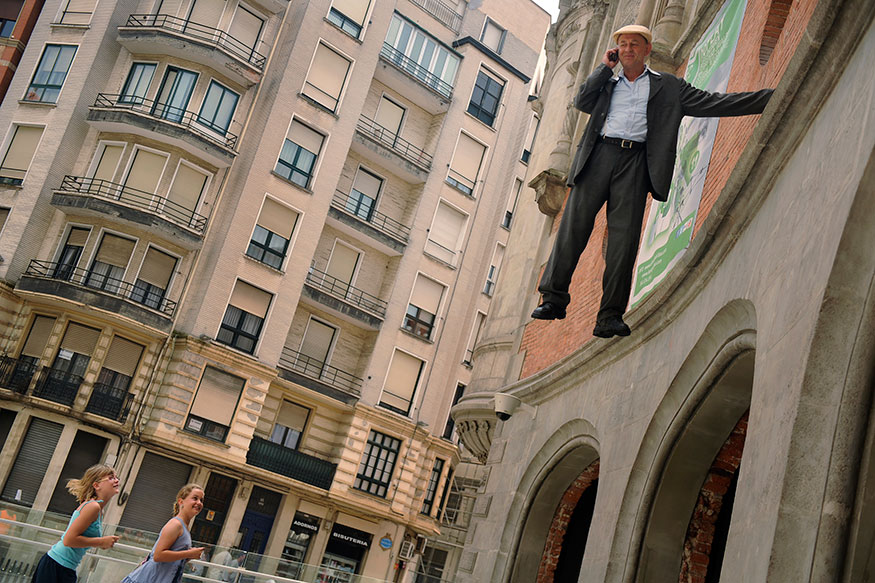 German street artist Johan Lorbeer is observed while performing "Tarzan. Standing Leg Still Life Performance" at the Alhondiga Centre on the first day of the Aste Nagusia (Big Week), a nine-day fiesta, in Bilbao. Lorbeer draws crowds fascinated by his gravity-defying suspension in mid-air while resting his hand against a wall. (Image: Reuters) A girl poses for a photograph next to a 3D painting of China's late Chairman Mao Zedong at an exhibition in Binzhou, Shandong province. (Image: Reuters) A sculpture entitled 'Queenie II' by the late US artist Duane Hanson is exhibited at the Serpentine Sackler Gallery in London. Hanson's lifelike sculptures portraying working-class Americans and overlooked members of society are being brought together in the largest show of his work in Britain since 1997. (Image: Reuters) A lifeguard passes one of Royal Deluxe's giant marionette puppets as it lies on the beach at New Brighton, Britain. (Image: Reuters) Liu Bolin, a Chinese artist, blends himself into the background in front of a shelf lined with comic books as part of a series of performances in Caracas. Liu, known as "the invisible man" for using painted-on camouflage to blend into the backdrops of his photographs, will be performing in Caracas till November 6. (Image: Reuters) 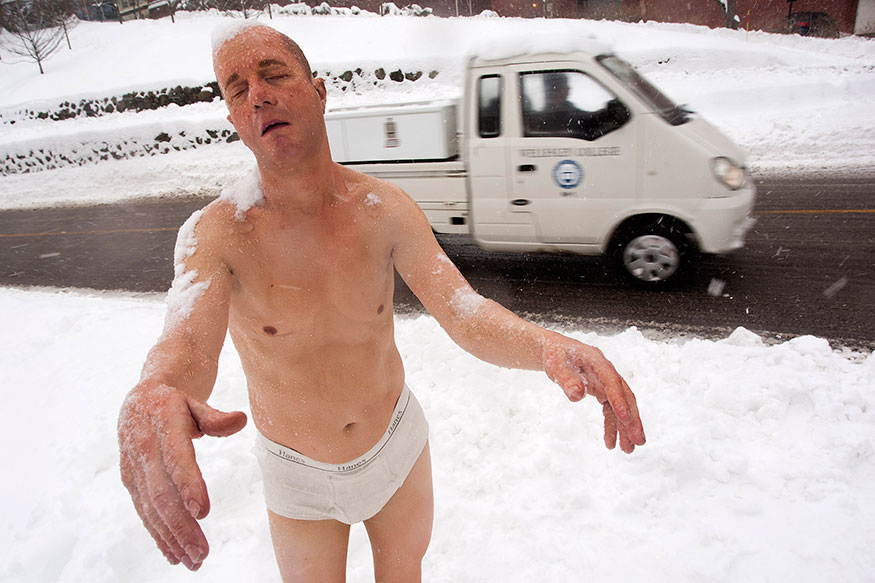 A statue by Tony Matelli titled "Sleepwalker" stands in the snow on the campus of Wellesley College in Wellesley, Massachusetts. More than 100 signatures were collected from an online petition to remove the statue from the all-women's college, citing the statue as inappropriate. (Image: Reuters) A child plays in front of a sculpture titled Damien Hirst Looking For Sharks, part of the annual Sculpture by the Sea exhibiton in Sydney. (Image: AFP)