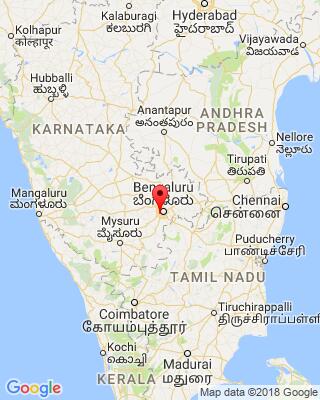 Elections in the seat was deferred after the discovery of a huge cache of voter ID cards and other poll related documents from a flat. Voting for the seat took place on May 28, 2018 and counting/results on May 31, 2018.

Rajarajeshwarinagar went to poll with Congress, JD(S) and BJP locked in a triangular battle. The Election Commission of India (ECI) has declared a holiday on Monday in the constituency to ensure all 4,71,459 voters exercise their franchise. Fourteen candidates, including four independents, are in the fray.

Voting in RR Nagar was rescheduled for May 28 after 9,567 electoral photo identity cards (EPIC) were found in a flat in Jalahalli on May 9, three days before the state went to polls. Congress candidate and sitting MLA N Muniratna is an accused in the case.

The constituency is witnessing a ‘friendly fight' between the new alliance partners the Congress and JD(S), as talks between the allies over seat sharing in the segment failed. The BJP which has fielded Tulasi Muniraju Gowda as its candidate is trying hard to wrest the seat from Congress. Former BJP corporator GH Ramachandra, who switched sides just before the announcement of polls, is the JD(S) candidate.