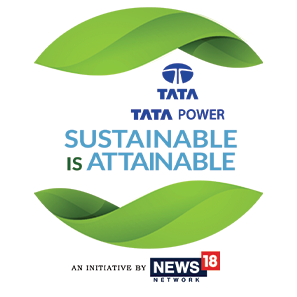 How Is The Transition To EVs Progressing? Blink and you might miss the next big development in the electric vehicle (EV) category, a sector that has seen exponential rise and acceptance in India and across the world. Indeed, the fast pace of innovations and new launches in the sector means that EVs are poised to become the majority form of vehicle ownership over fossil fuel run vehicles in just the next few years.

It might be difficult to give an accurate date thanks to supply chain complexities but there’s no doubt that we’re in the electric vehicle adoption phase globally. Let’s find out more about the exciting new world of EVs.

The pandemic threw almost every sector out of gear globally but the sheer resilience of the EV industry has been incredible to watch. From an uncertain beginning, the industry clocked a growth of 43% from 2019 by end of the year.

2021 was the breakout year for EV vehicles. With sales doubling to 6.75* million from 2020, more people were buying electric vehicles in a week in 2021 than in the whole of 2012! *as per EV Volumes 2022 has been a whole different ballgame. The market is growing exponentially with new and even old players jumping in to launch new electric variants all across the globe. Technological advancements are also keeping pace with this rapid rise, resulting in a whole new experience for users.

Further, major markets and large states have also introduced tax benefits and subsidies in an effort to show their commitment to phasing out fossil fuels and contributing to lower emissions. It’s little wonder then that 3.2 million new EVs were sold in just the first five months of 2022.

It’s not just cars though. From a small aeroplane that completed its first test flight by Eviation on its Alice aircraft to large swathes of electric buses and e-scooters, the full force of the EV revolution is just about beginning to be seen globally.

India is at the forefront of this revolution and has seen faster adoption of EVs under GoI FAME II. FAME or Faster Adoption and Manufacturing of Electric vehicles was conceived by the Government of India to narrow the gap between prices of traditional internal combustion (petrol, diesel) vehicles and electric vehicles – cars, scooters and three-wheelers, hybrids included. The government’s ambitious scheme to expedite the adoption of electric vehicles—Faster Adoption and Manufacturing of Electric Vehicles in India Phase II (FAME Phase II)—has been extended by 2 years.

Initially to be implemented over a period of three years from April 1, 2019, it will now be in force for up to March 31, 2024. The move was widely welcomed by the EV industry since it helps them reduces prices of models. While electric vehicles have been upping their ante in the last couple of years, the biggest challenge for them is having access to enough charging points or docks. ‘Range anxiety’, or the fear of running out of charge before finding the next charging area, is a real thing and battery manufacturers have worked to address this issue with great success in recent years as well.

From relatively slow chargers that are now being replaced by rapid and ultra-fast chargers to policy interventions mandating charging stations at designated intervals, customers will be able to put ‘range anxiety’ behind them before long.

Reverse charging, called Vehicle-To-Grid (V2G) is another upcoming technology that allows consumers to transfer the power from electric vehicle batteries back to the energy grid. V2G is already a popular technology that is expected to grow to $5 billion by next year itself!

Finally, at home and office, smart charging of electric vehicles, which basically uses cloud-connected devices, to charge cars are now becoming the norm in the Western world with the technology about to go mainstream across the world in the coming months.

In India, the Tata Power has taken the lead in developing the pan India EV charging infrastructure. It has established itself as the India’s largest EV charging solutions provider has achieved a rare landmark of setting up 450+ EZ Charging points across 350 + national highways in the country. Tata Power EZ Charge Points are now present across major national highways including the longest highway (NH 44 which connects J&K to Tamil Nadu), the busiest highway (NH 19 connecting Delhi, UP, Bihar, West Bengal, and Jharkhand) and other highways connecting major states across south, north, east and west India (NH 65, NH 48, NH 16 etc.). This is in line with the company’s nationwide plan of setting up charging points from north to south, connecting Kashmir to Kanyakumari and from east to west, from Guwahati to Dwarka and Bikaner.

The widespread installation of Tata Power EZ Charge Points is making intrastate and interstate (via national highways) travel easy for EV owners. These 450+ EV charging points on the highways are installed at diverse locations like hotels, commercial complexes, car dealerships, etc., across more than 25+ states and 5 union territories to provide ease of charging to reduce range anxiety and ensure seamless green and sustainable mobility.

For effective operational management of pan India charging points, Tata Power has also set up a state-of-the-art Network Operations Centre (NOC). The NOC provides the backbone for robust charging support. The centre has a real-time communication link with all the on-board chargers and is integrated with the digital platform that supports EV charging services of Tata Power. It plays a key role in the proactive identification of issues, and quick resolution in case of any technical snag through maintenance teams. This centre is responsible for providing back-end system support, quick resolution of issues, and ensuring proactive charging infrastructure maintenance planning.

Tata Power EZ Charge Mobile app is also supporting the e-mobility transition with more than 1 lakh downloads on the Google Play Store, it has a variety of features which provide a seamless EV charging experience to EV users.

Tata Power’s aggressive deployment of EV chargers is a result of its commitment towards sustainable mobility. The company’s EV charging initiatives are in line with the Government of India’s National Electric Mobility Mission Plan (NEMMP), which aims to develop electric vehicle charging infrastructure using the latest technological platform along with easy access to electric vehicles for charging points.

Tata Power will continue to make sustainable mobility attainable in India and plans to have more than 6500 + charging points by FY 23. Tata Power presently has a strong network of 21000+ home chargers (for private usage) and 240+ electric bus charging points, as well as more than 2400 public and semi-public chargers across 300 cities, towns and national highways.

As you can see, technological advancements and global appeal for EVs is pushing the industry and ensuring mass adoption sooner rather than later.

For the globe to reach its ambitious objective of zero carbon emissions by 2050, EVs will need to play a critical role. Going by the looks of it, we’re well on the way there!