Back to News18 Home Page

Dr. Harsh Vardhan is a Cabinet Minister in the Government of India and a two-time Member of Parliament from Delhi. He is currently the Union Minister for Science and Technology and also holds important portfolios like the Ministry of Earth Sciences and Ministry of Health and Family Welfare. In his previous term as an MP, he served as Minister of Environment, Forest and Climate Change. Dr. Harsh Vardhan is known for his exemplary work in Delhi in the field of Health. Before joining politics, he earned his Master of Surgery in Otorhinolaryngology. 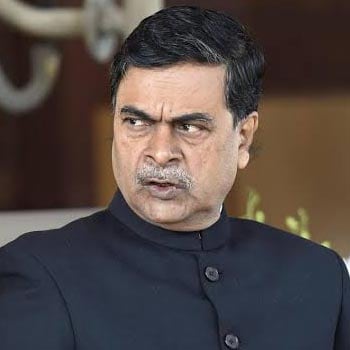 R. K. Singh is currently the Minister of Power (Independent Charge) and Minister of New and Renewable Energy (Independent Charge). He is also the Minister of State for Skill Development & Entrepreneurship. Mr. R. K. Singh is a two-time Member of Parliament from Bihar and is a 1975 batch Bihar cadre Indian Administrative Service officer and former Home Secretary of India. He is known for playing an important role in improving the condition of roads in Bihar as the principal secretary in the road construction department during the Nitish Kumar government's first term (2004–2009).

keynote speaker of the event

Commissioned into the 4th Battalion of the 4th Gorkha Rifles on 15 Dec 1976, Lt Gen Hooda, in his initial service served in Nagaland, during the height of the Naga insurgency and as an instructor at the Military College of Telecommunication Engineering. He attended the prestigious Command and Staff College at Canada, and was selected as the first Chief Logistics Officer for the newly raised United Nations Mission to Ethiopia and Eritrea.

During the massive earthquake of Jammu and Kashmir in 2005, he led the military’s rescue and relief efforts in the Uri sector. As a major general in Manipur, he responsible for counterinsurgency operations in Manipur and South Assam. From 2012 to 2016, he was stationed in Jammu and Kashmir, first as a Corps commander and then as the Army Commander of Northern Command. He was the Army Commander during the Chumar incident of 2014, and during the launch of the surgical strikes in September 2016. He retired in November 2016 after 40 years of service in the Army.

about Tech and Auto Awards 2019

Entry by invite only at tech And Auto Awards 2019